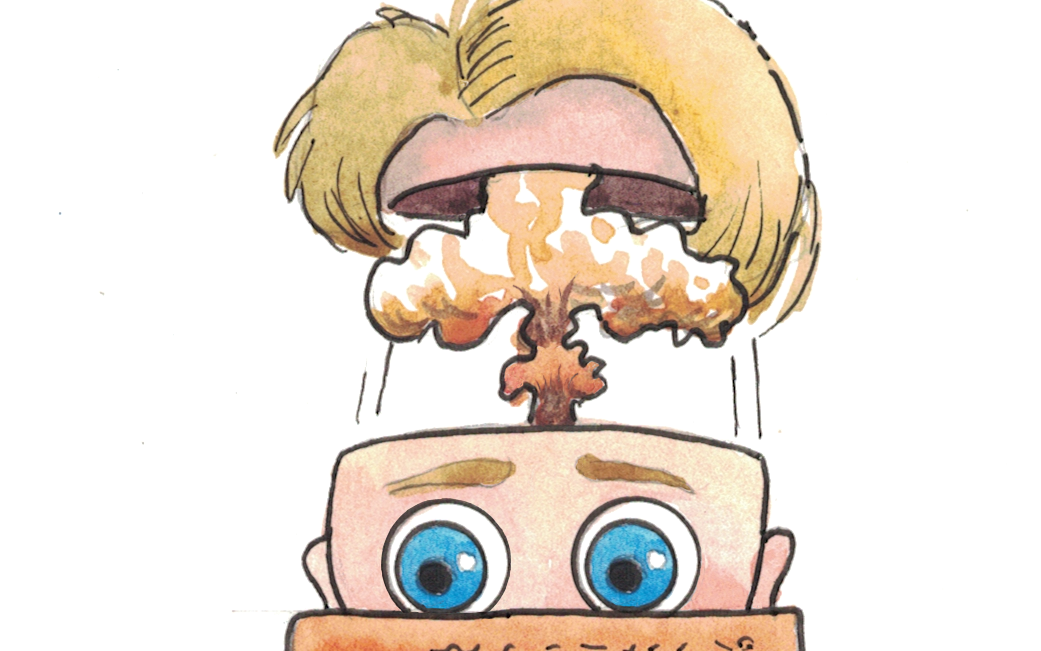 Before the age of 25

Our minds can be blown away by various experiences: we can travel, we can meet amazing people, we can take psychedelics and much more. Yet, one of the biggest sources of change comes from the transmission of human wisdom through books. Obviously, there are way too many books in circulation to be read in one lifetime and very small percentage of them are life-changing. To help you establish your limited reading list, here are the top five books that ‘red-pilled’ my life before I turned 25:

I have to start off with the classic of classics.

I read George Orwell’s masterpiece at the age of 15 and by the end I lived my first ‘red pill moment’. I realized how crucial individual freedom is for human well-being. Living in 21st century Canada, I had been taking it for granted. I never gave much thought to how my ancestors lived in the Soviet Union. As most students, I was leaning left politically without questioning my views.

In his dystopian world, Orwell showed me how dire life can get when people sacrifice their individual liberty for the sake of the collective; when people give up their freedom of thought to fit in a group and when people relinquish a belief in themselves to follow a Big Brother.

Today, 1984 remains more relevant than ever. Totalitarian regimes might be in decline. But monopolistic tech corporations spying on billions of people are just getting started. What past regimes had to take by force is now free-willingly given away by the population. Luckily, Google and Facebook won’t send armies to take your privacy away from you. It is never too late to get informed about how to mitigate their intrusion in your life.

Even though it’s 35 years past the year Orwell chose for his totalitarian fiction, humans haven’t solved their ego problem and their lust for power. Thus, 1984 will keep affecting future generations as a powerful warning.

Speaking of predicting the future, so far in the 21st century, (in my opinion) no one did it better than Yuval Noah Harari in his follow up to Sapiens: Homo Deus. I was blown away by one important point in his book : algorithms do and will know me better than I do.

As conscious beings, we think we know ourselves. Yet, millions of processes in the human body happen without much feedback to the conscious mind. Our bodies operate according to an elaborate code we inherited without consent. Even our thoughts are consequences of prior causes we know nothing about. Thanks to their behavior-tracking algorithms, some tech companies already know us better than our closest friends.

Harari doesn’t paint the future in black or in white, he analyses the present and illustrates what could happen. He leaves it up to humanity to decide whether advanced AI will be the birth of a helpful assistant or a totalitarian monster. As individuals making up a civilization of 7 billion, we should be informed of the direction our only ship is taking. Only time will tell if Harari’s predictions are correct but that doesn’t make them less mind-blowing.

3. A Guide to the Good Life : The Ancient Art of Stoic Joy by William D. Irvine

This book is the perfect mix of philosophy and self-help. Also, it might be the best introduction to Stoic ideas. Unlike many other philosophical currents, Stoicism is extremely practical for improving conscious experience.

At the age of 21, my mind was bloated with anxieties about almost every aspect of my life. After reading Irvine’s take on the most useful Stoic teachings, a good chunk of those anxieties made a move towards the graveyard.
By using the Stoic technique of Negative Visualization, I was able to find joy in the things I possessed instead of always wanting more.
I began to realize that my suffering came from my judgements of certain situations, not the situations themselves.
I let go of my obsession over events that I couldn’t possibly change in favor of internal goals I could work on.

These are 3 out of dozens of valuable lessons taught by the Stoics and complimented by Irvine’s real life applications in his book. I recommend it for anyone who wants to learn a philosophy that actually improves life.

2. Flow: The Psychology of Optimal Experience by Mihaly Csikszentmihalyi

Speaking of improving experience, no one shed a brighter scientific light on states of optimal experience than Mihaly Csikszentmihalyi in his classic: Flow. The title refers to the most ‘happy’ state a human mind can be in. It can be described as pure focus or being in “the zone”.
To contextualize this concept, Csikszentmihalyi provides consistent data from the optimal experiences of athletes, musicians, surgeons and even factory workers.

I was a depressed young adult when my mother put this book on my table and told me to read it. I was skeptical at first, yet I finished the book in two days. By the end, I had a renewed sense of purpose . I understood the state of mind I was seeking and I had a plan to get there.

Just like the previous book, this one is not only informative but very practical.

I owe a lot to Mr. Sam Harris; I don’t even know where to start.
(Yes, I am cheating a bit here, I am counting two books as one but they are very complementary and equally mind-blowing.)

Waking Up metaphorically woke me up. Before I had the insight that thoughts do not define me, I was drifting through life only to be trapped by the next random thought. My past ignorance of the nature of my mind led me all the way to an anxiety disorder. I was ironically lucky to be unable to afford any treatment because it forced me to find another solution that stuck with me to this day : meditation. In his book, Harris explains very clearly the benefits of meditation and the workings of the mind. He manages to stay completely objective. He never calls on some religious claims to back his points. On the contrary, he lays out a way to be spiritual (for lack of a better word) without believing in made-up stories.

A perfect companion to Waking Up would be : Free Will. Even though Harris makes the case in the former that the Self is an illusion, the latter nails it with one decisive blow. Despite being at first unsettling, the realization that we do not have free will has many benefits for humanity including : more compassion towards the less fortunate; less regrets about your own life and less attachment to “your thoughts” (aka your Ego).

We can only advance as a species if we agree on what constitutes human well-being, leaving behind all the ideologies, creeds and concepts that do nothing but separate us. Thus, Mr. Harris’ work is my #1 recommendation to all who haven’t read it.

A little glimpse of the process.👶🌳🎨 Somet