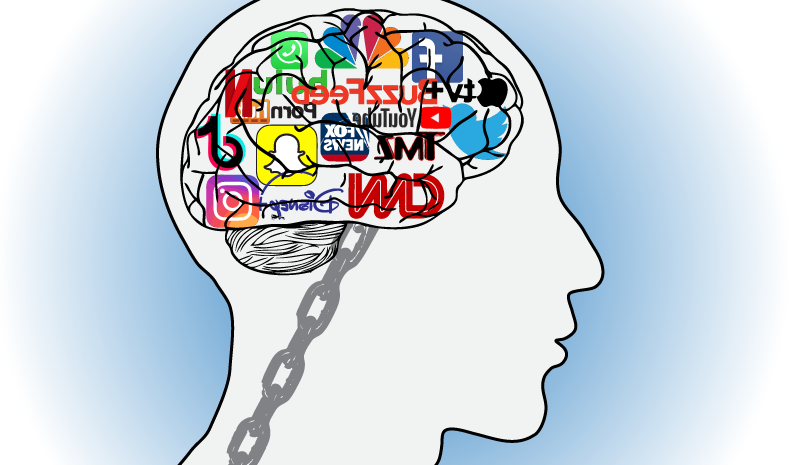 And how to free your mind

Freethinkers have always been a threat to the powers that be. Throughout history, the ruling class coerced people by hijacking their minds. The rulers of the 21st century are no different. With the help of technology, they fragment, pollute and saturate our minds more than ever.

To be clear, their actions usually do not arise from pure evil. They are the biggest gears in a complex machine designed to generate profit. Once they decide to turn, they subordinate the myriad of smaller gears to their motion.

This article is about three enormous gears influencing billions of minds: the News Media, Social Networks and the Entertainment Industry.

The News Media or Merchants of Hate

“We’ve discovered we can sell hate and the more vituperative the rhetoric the better. This also serves larger political purposes. So long as the public is busy hating each other and not aiming its ire at the more complex financial and political processes going off camera, there is very little danger of anything like a popular uprising. […] It boggles my mind that people think they are practicing real political advocacy by watching major corporate TV; be it Fox or MSNBC or CNN. Does anyone seriously believe that powerful people would allow truly dangerous ideas to be broadcast on TV? The news today is a reality show, where you’re part of the cast: America vs. America on every channel.” — Matt Taibbi, Hate Inc., 2019.

Hate is addictive. Hate streamlines a chaotic mind. It forms an easy target for pain, anger and dissatisfaction.

The news media is your hate dealer. They want you hooked. They deal that sweet feeling of indignation, pushing your hate buttons without you noticing.When they aren’t tailoring anger for you, they flood you with trivial events to drown the freethinking potential of your brain.

The news, in America, are not brought to you by dozens of companies competing for quality. They are brought to you by 5 media giants: the Walt Disney company (ABC, ESPN, Vice) National Amusements (CBS, Viacom, Comedy Central), Comcast (MSNBC, E!), AT&T (CNN, HBO, Time) and the Murdoch family (Fox News, the Wall Street Journal, National Geographic, FX).

These multinational corporations are the winners of today’s economy. They have no interest in breaking the status quo. They have no incentive to empower the middle class or the poor.

They have no desire to change people’s minds for the better, or to give them the keys to success. They will broadcast the same points of view over and over. They will chastise a scapegoat to make their viewers feel empowered.

They want attention. The longer they keep eyes on the screen, the more advertising money they get from other multinational corporations.

They mislead viewers through an alley of shocking content to make them come out the other end with a pair of Nike shoes, a can of Diet Coke and a Xanax prescription.

It wasn’t always like this. News corporations used to compete to get as many viewers as possible. After the birth of social media, personalized feeds and free online content, they implemented a new strategy:

The Social Networks or Drug Dealers

“The thought process that went into building these applications, Facebook being the first of them, … was all about: ‘How do we consume as much of your time and conscious attention as possible?’” — Sean Parker, first president of Facebook , Axios interview, 2017.

By now, most people know that social media apps are designed to be addictive. They retain eyes on screens with an infinite scroll, tailored feeds, random reward schedules, etc.

So what? Of course, corporations will use every legal trick in the book to get more traffic on their platforms. Is it fair to compare them to drug dealers?

Well, the negative consequences go way deeper than just wasting time. Social media fragments a human’s most useful resource: attention. They prevent users from achieving challenging goals by depleting their reserves of dopamine, one notification at a time.

Why do you think this article is broken down into small paragraphs? Because nowadays, when faced with the challenge of a long block of text, most people jump to another open tab or check their phone. So, if you made it this far, kudos to you! You’re in the attentive minority.

Time spent on social networks in the evening reduces sleep quality, which increases the risks of illness. Speaking of illnesses, depression and anxiety are on the rise because people can’t stop comparing their everyday lives to someone else’s highlight reel online.

Addictive content maintains real-life discontentment. The feeling of satisfaction you get every time you post on social media is an illusion. In reality, you’re producing free content for a wealthy corporation that sells your data and feeds you ads.

To be clear, there is a way to benefit from social networks. But, to use the system you must first understand how the system uses you.

The Entertainment Industry or Escapism Factory

Many of the elements that define cinema as I know it are there in Marvel pictures. What’s not there is revelation, mystery or genuine emotional danger. Nothing is at risk. […] That’s the nature of modern film franchises: market-researched, audience-tested, vetted, modified, re-vetted and re-modified until they’re ready for consumption. […] Many films today are perfect products manufactured for immediate consumption. Many of them are well made by teams of talented individuals. All the same, they lack something essential to cinema: the unifying vision of an individual artist. Because, of course, the individual artist is the riskiest factor of all.” — Martin Scorsese, New York Times, 2019.

Yes, the industry sometimes produces valuable works. There are mind-expanding series (like Black Mirror), masterpieces of cinema (like The Godfather) and treasured songs (like Stairway to Heaven). They are worth the time. Yet, compared to the daily output of entertainment, these are few and far between.

Most content is there to slide in easily, pleasure the consumer and make him desire more. The entertainment industry is like a hamburger: sure it has some nutritional value but it’s enveloped in a lot of junk.

Online streaming services are the biggest gear in the entertainment industry. Netflix started it all, but in 2020, there are more than a dozen streaming service providers. They fight over famous actors, renowned directors, funny comedians and skilled writers to create original content.

To keep eyes on the screen (and payments coming in), streaming services have their own addictive mechanisms like personalized suggestions, auto-play and dozens of bingeable episodes.

Moreover, they — not the people — dictate which piece of content becomes relevant. They choose what appears on the front page. In March 2020, Netflix decided everybody needs to know about some eccentric guy training tigers. Did we really?

How to Free You Mind

In one word? Abstain.

Try a week of no mainstream news, no social media and no video streaming. Remove ALL news/social media/entertainment apps from your devices. Keep your messaging apps so friends and family can reach you. Turn off all notifications except calls.

When you come back, seven days later, you will realize how little you’ve missed and how much time you’ve gained. After that, you will either continue abstaining or keep your consumption to a minimum.

If you have nothing to say about the latest TV show during lunch break, try talking about a more meaningful subject, something that has universal appeal.

Let other people tell you about the news. Look into their eyes and nod as they share their knowledge of the world. They will walk away with a feeling of affection towards you.

If you want to know what the government is doing, what laws are being passed, go directly to their website. In the US, the Congress and the Senate have websites. Don’t let the news media chew up the information for you.

If you’re concerned about the spread of a pandemic, visit your national health authority online. The Center for Disease Control and Prevention and the National Institutes of Heath share the latest updates on their websites.

If anxious thoughts cloud your conscience in the evening, don’t drown them with distractions, address them. If you feel tense, stretch. If you feel nervous, meditate. If you feel weak, work out. If you’re bored, start a creative project. If you feel lonely, invest in your relationships.

If you crave entertainment: read, watch, listen to confirmed masterpieces. If they are still relevant 20, 50, 2500 years later; they are worth the time.

If you want information: study, watch online classes, listen to an educative podcast, learn a skill. Search for knowledge that will improve your life. Here are some suggestions: 5 Books That BLEW My MindBefore the age of 25medium.com

If you achieved the personal freedom your wanted, sure, enjoy some entertainment. But, until then, don’t let the media enslave you.