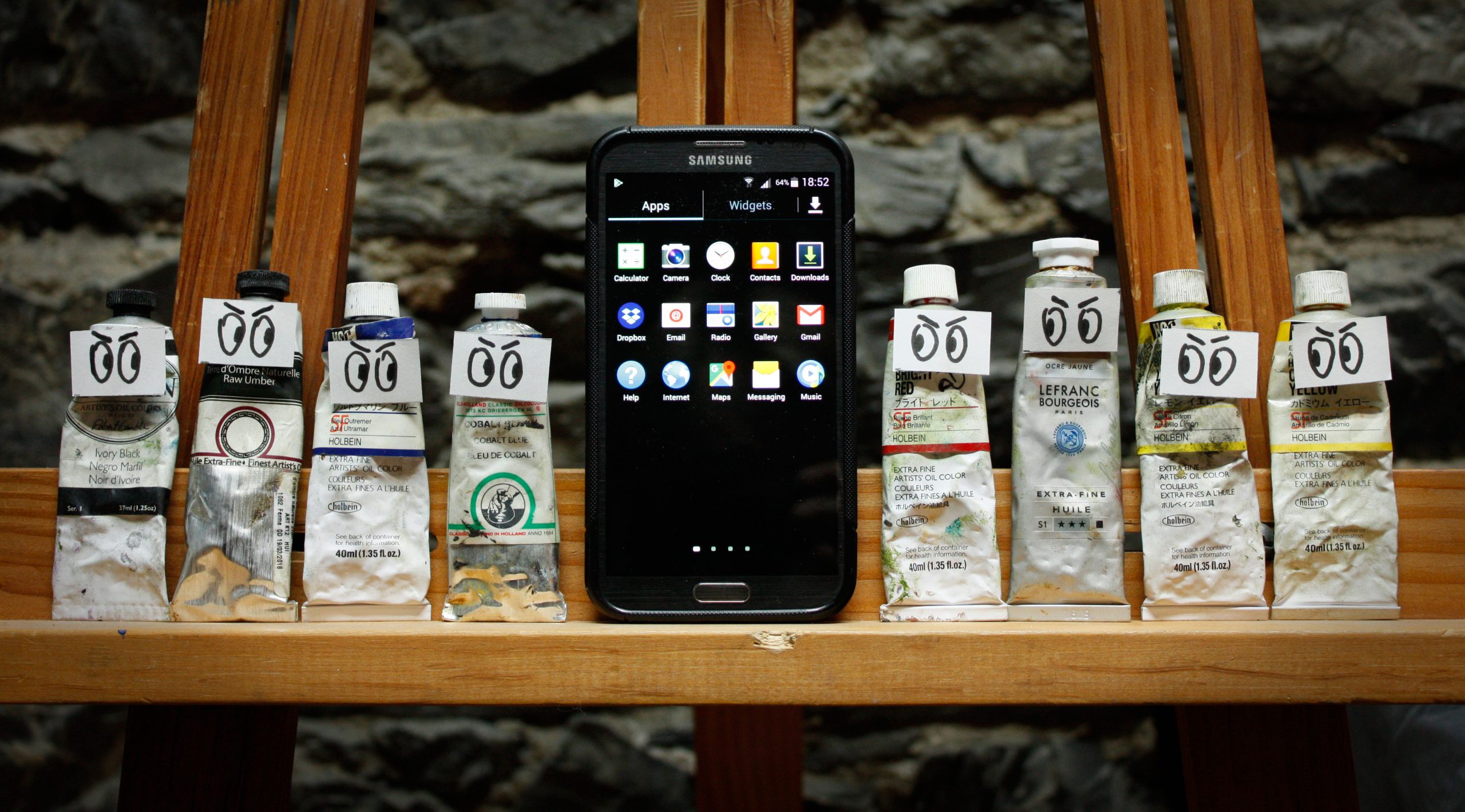 With every passing day, it gets easier for artists to publicize their work. Whether it’s Instagram, Facebook, or a personal website, the tools to propagate one’s art are growing in their number and their efficiency. From afar, it might seem like a grandiose utopia of freedom, sharing and cross-pollination. In some ways it is. (Who wouldn’t have been thrilled to follow Michelangelo or Rembrandt on Instagram?) However, I would argue there is a pernicious side to the online frenzy. Without a careful separation between tool and distraction, online art becomes a razzle-dazzle of shortened attention, instant gratification, creative stagnation and unproductive comparison. These downsides come to light once a quasi-radical act is accomplished: going dark.

In a museum, or a gallery, typically, paintings are isolated from the wall by a frame and separated from each other by a certain space. There is a finite number of paintings in a room and a finite number of rooms in the venue. Works have to be dealt with one by one. Usually, the viewer has to move her whole body to interact with the next work. There is a sense of taking the time to enjoy every picture individually with no rush to move on to the next one (unless you have a plane to catch in a couple of hours). The art on display is mainly selected by a consensus of professionals keeping its quality at a respectable level. The works are there to leave a trace on you, to take you out of your own head, without a (legal) possibility to leave your trace on them.  Moreover, the works are mainly originals, thus, they are presented in their true dimensions.

Compare this to the endless scroll-down-feed of Instagram and Facebook. There is ALWAYS something (potentially more exciting) coming up after whatever it is you are looking at. The next picture comes up with the flick of a finger. The content is endless yet its quality is extremely variable. Truly artistic posts are intertwined with trivialities like ads, breakfast snaps and look-how-happy-I-want-you-to-think-I-am-with-my-butt-on-the-beach photos. The spur of creativity morphs into the spur of desire within seconds of scrolling. Every post beckons you to leave your personal trace on it by liking, commenting or sharing. Thus, it never lets one’s sense of self go too far from the experience. In addition, the image seen by the viewer is a tiny reproduction of the original work, giving little sense of scale and surface. Perhaps, breaking through walls of dirt to find gems is worth it but, the more dirt you get in your eyes, the harder it is to see.

Beyond consumption, social media is a means of propagation. In the online ocean, the most appealing hook is that of instant gratification. Applause is always pleasant, unless it’s sarcastic (and, on social media, how would you know if it is?). Sometimes, I admit, applause is helpful, needed and deserved. It’s a hit of social approval. It’s a boost of confidence. It’s also a pat on the ego.

Creativity, on the other hand, is about doubt, about questioning, about change, about selflessness, about patience, about trial and error. All of those happen when the artist is confronted to his/her self. Michelangelo sculpted the David in almost complete secrecy for over two years! He isolated himself in a courtyard with nothing but a huge piece of marble and worked. The act of bringing his vision to life was sufficient. Spending time with nothing but your own thoughts can get extremely uncomfortable. Yet, escaping from them by riding the wave of instant “likes” and “hearts” can bring you directly to the port of unrealised potential.

Gratification is just part of the feedback an artist gets on social media. In a way, the online world is a democratic election of which work pleases the largest amount of people. “This post got 234 likes, this other one got only 115. Maybe I should paint more like that first one?” Public opinion can pinpoint some of your shortcomings just as well as it can lead you away from yourself. The public first disliked Impression, Sunrise, it ignored the Sunflowers and it certainly hated Les demoiselles d’Avignon! The public decides what is good as much as it doesn’t. Surrendering to the whims of popular opinion, just as totally ignoring it, is artistic suicide.

Ultimately, social media is a highlight reel. On it, we can seem to be constantly successful yet, in private, we are all aware of our failures. Thus, a struggling artist can be led to make unproductive comparisons. To blame his/herself for not feeling as successful as that other artist seems to be. “He’s got a show in Manhattan. I don’t”. “She sold that big piece. I didn’t”. All of that provides a blazing ego with dry tinder yet it is irrelevant to artistic growth and introspection. Let me be clear: I am not against you sharing your highlights; I am not against witnessing the highlights of others. However, comparing your entire experience with someone else’s icing on the cake is a recipe for disaster.

All these pitfalls of social media come to light when you “go dark”. In short, going dark means refraining from checking and posting on social media; whether it is by avoiding it with sheer strength of will (good luck with that!), by installing a block on certain apps/websites or even by completely removing specific apps from your devices for a significant period of time. I did it for two weeks. I removed Instagram from my phone and I blocked Facebook on my computer. A step back from the yummy, colorful, ever-changing social-visual spectacle helped me reconnect with myself as an artist (maybe even as a person). I was gradually flooded with new ideas. I felt free to experiment. I got back the pure enjoyment from the process of creation with no expectation of dopamine kisses blown from a screen moments later.

Now that I am back, I engage in the internet circus with extreme caution. I try to maintain a psychological dam to resist each wave of addictive treats coming my way.

In the end, when it comes to art on social media, the line between use and abuse is unclear. Too often, it leaves us with a fragmented attention, ephemeral gratification, meagre creative growth and a negative perception of ourselves brought on by endless comparisons. In a world full of action, we forget the necessity of inaction. Thus, if we fail to notice when tools become distractions, we get lost while thinking we’re on the right path